Let’s start with the different methods of taking CBD.

Within this group, the most common is CBD Oil as it is the most effective method, but there are also beverages with a high content of CBD, capsules, groceries, cookies, jelly beans and an endless number of other products on the international market, but in In general, except for CBD oil, which is consumed sublingually by applying the drops under the tongue, we must wait for the digestion to complete so that the cannabinoids reach the bloodstream after metabolizing in the liver, and subsequently to the CB1 receptors and CB2, which will cause those desired effects.

The question is, why applying CBD under the tongue the effects are obtained almost immediately? Very simply, this occurs thanks to the sublingual glands, which are located under the tongue. With this system that our body has, it is possible to pass all the active ingredients into the bloodstream in a matter of minutes, much faster than if we ingested it and had to wait for the entire digestion process, which would take more than an hour.

CBD for topical use 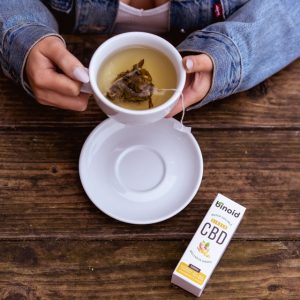 In this other large group, CBD creams predominate, used by people with skin lesions or pathologies, muscle pain, and are even used by professional athletes as an anti-inflammatory method in the face of possible day-to-day discomfort. However, there are many more products such as body oils, or cosmetic products with some CBD oil base.

When any product is applied directly to the skin, dermal absorption comes into play, which carries the active ingredients of the cream, in this case, CBD, to the lower layers and reaching the bloodstream. Many patients assure its great utility on localized inflammations, although this method usually takes about an hour to take effect. It is usual to complement it with a physiotherapy session or massages on the affected area to improve the absorption of CBD on the affected muscles or bones.

This is a very little used method and little recommended by therapeutic users since, in itself, the act of smoking is a completely unhealthy action for our lungs and in general for our health. As an advantage, it could be said that cannabinoids, when inhaled, pass very quickly into the bloodstream through the respiratory system. As we know, in the process of breathing, the lungs transport oxygen molecules to the blood, and this, in turn to the entire organism; The same happens with the case of cannabinoids, with their final destination being CB1 and CB2 receptors and taking a few minutes in this process.

On the other hand, the method of vaporizing CBD is not as bad as the normal one, since at no time does the combustion process occur, which generates dozens of toxic gases that gradually weaken our lungs. What is done is to heat the hemp flower, for example, to a temperature where it does not burn, but does release all the cannabinoids it has, making the flavor and smoke much more natural.

When choosing a vaporizer, it is important not to skimp on the product and choose a route that guarantees the safety of the individual to avoid inhaling heavy metals.

When consuming CBD or other types of cannabinoids, whatever they are, they pass into the blood, causing different molecular transformations.

The cannabinoids are metabolized largely in the liver by hydroxylation (chemical reaction in which a hydroxyl group (OH) is introduced into a compound replacing a hydrogen atom, and oxidizing to the composition ince ) and microsomal oxidation by cytochrome P450. Other tissues such as the intestine and the lung also participate to a lesser extent in the metabolism of cannabinoids.

CBD, CBN, and THC are metabolized in the same way, their molecular structure being similar but in no case, the same, and this is something that we know today thanks to two scientists named Christiansen and Rafaelsen, who discovered through the urine of 10 young people who had consumed cannabis tea, that different compounds could be observed in the urine, which separated and formed independent compounds. Due to the time and the low technological development to cover these areas, it was not possible to investigate this until years later, but it was a great advance.